Know Who You Are…Freedom From the Impossible Task of Trying to Please!

Posted on November 5, 2015 by mannasplace 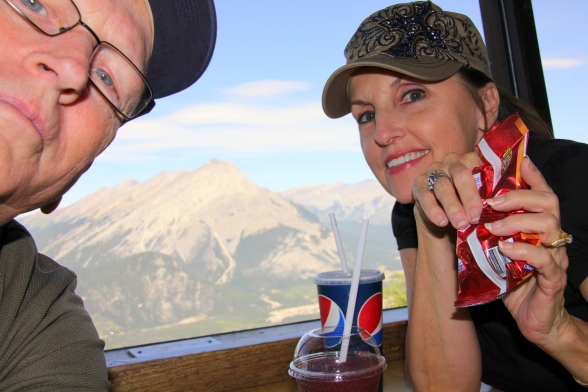 1 Corinthians 15:10 (HCSB) 10  But by God’s grace I am what I am, and His grace toward me was not ineffective. However, I worked more than any of them, yet not I, but God’s grace that was with me.

Can I say…can you say, without false pride and without self sufficiency, “By the grace of God…I am what I am. I am working hard toward His purposes for me and those around me. Yet…it isn’t really my work, my efforts…but God’s grace is with me.”

In order to be the parent, the career person, the daughter or son…in order to be everything that fits our God-intended purpose, it is important that we stand strong. In order to stand strong…we must find our strength in Him. Only then will you & I be freed from the endlessly exhausting and impossible task of trying to please.

John Piper describes perfectly the importance of knowing who we are when he says this: It will “bring an end to the deranging second guessing that threatens to destroy the very soul.”

Knowing who you are through His eyes will allow you to survive and go on living strong in an atmosphere that causes you to be inwardly conflicted.  Which one of us does not experience that in some area of our lives!

In your marriage, parenting your teens, dealing with a friend, boss or employee…do you stand strong?  By that I mean are you spending time at the feet of Jesus in order to develop your outlook and then your strengths based on that outlook?  Or are you floundering endlessly…often feeling weak and unsure?

This kind of anguished thinking is futile, keeps us consistently torn, and makes us much less effective. We are intended to make a difference in our sphere of influence! We can’t do that without standing strong.

I heard about a study where two toddlers were put together in a room to play. Each child just naturally maintained his individuality.  For the second half of this experiment, they put a toddler with a group of his peers.  Before long, most were conforming.

A separate experiment was conducted where a group of adults watched a movie and then described it.  In a few days, they were asked to describe it again but arranged for several in the group to describe it differently than they had initially.  Because the “new-story group” was so sure of themselves, many in the rest of the group conformed. They ultimately agreed that the movie was completely different than they had actually watched with their own eyes!

We are in a time when people around us don’t even know where to look for solid ground.  They desperately need to see someone stand strong.  Their rescue can come from the strength they see in us.  They will want to know the Source of that strength.

It is only then that they will have the opportunity to value faith that comes from God alone. Only then will they be able to make that faith their own.

2 Responses to Know Who You Are…Freedom From the Impossible Task of Trying to Please!